Trouble on the Branch

Caleb is a blue tank engine that works on the wellsworth branch line as station pilot with Edward, BoCo, Bill, Ben, Salty and Porter.

Caleb used to work on the hudson valley railroad until he was brought to to the island of sodor to be the station pilot of wellsworth. He is a very kind engine and is very good at shunting. He also has many relatives on the island with him , like Rosie, Abby, who are his sisters ,and Bella who is his cousin.

Caleb is a kind and loving engine who works on the wellsworth station yards. If he isn’t on the Branch he’s helping his sister, Abby. He loves making other engines laugh but doesn’t like when other engines tease him, especially if it’s Bill and Ben. He likes being really useful and helping his friends.

Trouble on the branch

Abby at the animal park (mentioned)

Edward and the flying kipper

Salty at the docks (cameo)

Porter’s predicament (does not speak)

Bella in the water (mentioned)

Rosie and the dog (cameo) 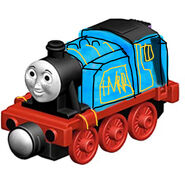 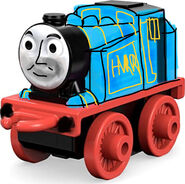 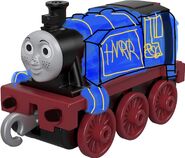 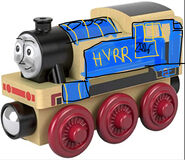 Add a photo to this gallery
Retrieved from "https://tttefanfic.fandom.com/wiki/Caleb?oldid=63060"
Community content is available under CC-BY-SA unless otherwise noted.